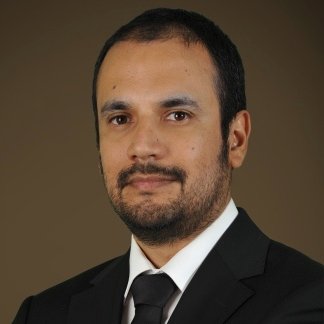 The talk will be an introduction for researchers and developers to algorithms and systems for dealing with social media messages during time-critical events, with a focus on natural and man-made disasters. Current methods bring together computational methods from many disciplines, including natural language processing, data mining, and information retrieval.

Carlos Castillo is a researcher on social computing. He is a web miner with a background on information retrieval, and has been influential in the areas of web content quality and credibility, and adversarial web search. He is a prolific researcher with more than 70 publications in top-tier international conferences and journals, including an upcoming book on Big Crisis Data, a book on Information and Influence Propagation, a monograph on Adversarial Web Search, and 6500+ citations. His current research focuses in the application of web mining methods to social media during disasters and humanitarian crises. Carlos received his Ph.D from the University of Chile (2004), and was a visiting scientist at Universitat Pompeu Fabra (2005) and Sapienza Universitá di Roma (2006) before working as a scientist and senior scientist at Yahoo! Research (2006-2012), and as a senior scientist and principal scientist at Qatar Computing Research Institute (2012-2015). He has served in the PC or SPC of all major conferences in his area (WWW, WSDM, SIGIR, KDD, CIKM, etc.), and is part of the editorial committee of Transactions on the Web and Internet Research. He was Program Committee Co-chair of WSDM 2014, and co-organized the Adversarial Information Retrieval Workshop and Web Spam Challenge in 2007 and 2008, the ECML/PKDD Discovery Challenge in 2010 and 2014, the Web Quality Workshop from 2011 to 2014, and the Social Web for Disaster Management Workshop in 2015. He is an ACM Senior Member and an IEEE Senior Member.. 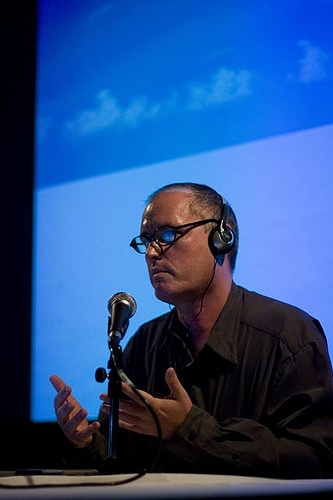 Following up on the seminal work of late 1990s/early 2000's Silicon Valley theory collective "C5 Corporation", Stalbaum will discuss a a number of legacy projects that speculated on the literal return of Geographic Information Systems (GIS) data to the actual landscapes from which that data was derived, in order to produce new kinds of co-agency between big data and human experience as performance art "in the wild". Under the banner of "Earth Computing", the walkingtools.net laboratory (UNIFESP/UCSD) is exploring how today similar data may return to that landscape in an even more literal way: through distributed computing and the property of "data locality" inherent in contemporary compute platforms such as Hadoop. Indeed, not only through data locality, but through solar power and the literal placement of compute power in the landscape itself, all as a way to explore new options for land art and performance art.

Brett Stalbaum is an Associate Teaching Professor in the Department of Visual Arts at the University of California, San Diego where he coordinates computing related courses of study (majors) and teaches computer programming and the histories of computing in media art. Stalbaum is a founding member of the Electronic Disturbance Theater (1997), which is known for its activist projects such as FloodNet and the Transborder Immigrant Tool. In 2013 he released the Gun Geo Marker Android app, a pro gun rights gesture that nevertheless confused and outraged radical right-wing gun locos in the United States (which is not hard to do). Currently he is working on the concept of "Earth Computing" in the bi-national UNIFESP/UCSD Walkingtools.net laboratory (with co-PI Cicero Silva.). 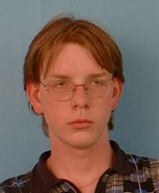 The talk will showcase the technology developed by CESNET for very high quality, low-latency media transmissions over high-speed networks and its applications in various fields including medicine, arts, broadcasting and cinematography, sports or education. The talk covers different aspects and demands of such applications and how they can be implemented using a commodity hardware and the UltraGrid software for low latency and high-quality media network transmissions. Complex applications of high-quality media transmissions over dynamic network infrastructures may easily become very hard to be configured, deployed and orchestrated manually. The talk will also showcase the CoUniverse middleware developed by CESNET and the Masaryk University designed for building real-time user-empowered applications based on media transmissions. The solution based on the CoUniverse middleware is also able to interface with the SDN networks and orchestrate its own network paths optimized with respect to the quality of the transmitted media in the SDN environments.

Milos Liska is currently a researcher with Czech NREN CESNET. He has earned his PhD. in informatics from the Masaryk University in 2010. He is interested especially in high-quality, low-latency multimedia transmissions over high-speed networks and its applications in various fields including medicine, arts, broadcasting and cinematography, sports or education including aspects such as user-empowered orchestration of large-scaled, distributed transmissions or automated user-empowered control of dynamic network infrastructures. He is also working on projects concerning videoconferencing, webconferencing, tools for collaborative environments and collaborative workflows. 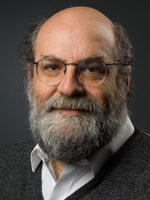 Demi Getschko holds BSc, MSc, and PhD, degrees in Electronic Engineering from the University of Sao Paulo in Brazil. He has been involved in international networking since 1987 and took part on the team that established the first Internet connection to Brazil. He has been a member of the Brazilian Internet Steering Committee (CGI.br) since its creation in 1995 and has served as administrative contact for the ccTLD.br since 1989. He played a critical role in the definition of the Brazilian DNS tree and in defining the rules that govern the Brazilian registry. Since 1995, Dr. Getschko is an individual member of Internet Society - ISOC. He was selected for the ICANN Board by the ccNSO - Country Code Names Supporting Organization - in 2005 and 2007. In April 2014, he was nominated to the Internet Hall of Fame by Internet Society.

The exponential growth of digital information production and accumulation, as well as its huge diversification, present considerable management and access challenges. At the same time, new opportunities are created by the application of analysis methods for the discovery of interesting and potentially useful patterns, latent in the data sets. In this lecture, I will introduce research initiatives at Unicamp concerning the management of large volumes of Complex Data. The term Complex Data comprises the universe of unstructured, semi-structured and multimodal data, and therefore covers a wide variety of data as text, sound, image, video, geographic information, among others. This talk will show the versatility of ongoing research initiatives in three important applications: Information Retrieval, Multimedia Classification, and e-Science. 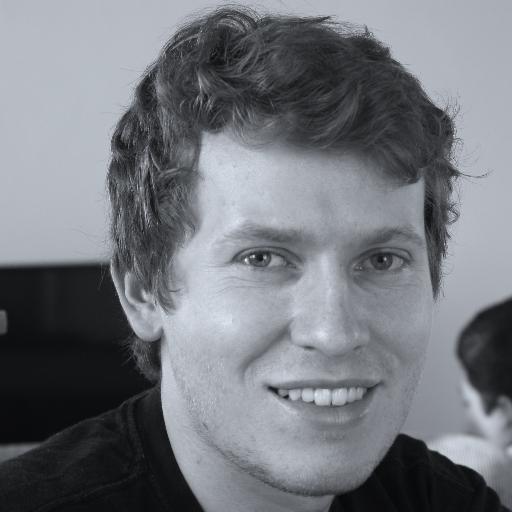 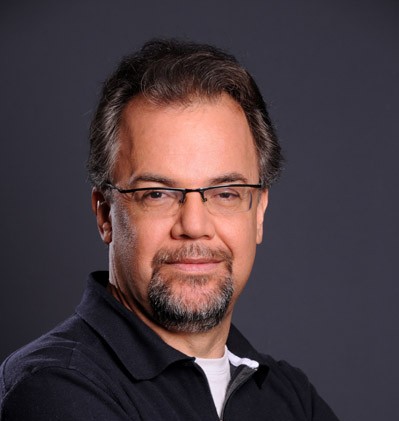 Re-decentralizing the Web: coming back to its original principles

At the beginning, the Internet was a decentralized set of computers. The emergence of the Web and giant digital companies as well as the interest of governments in surveillance, censorship and regulation, led to a growing centralization of services and resources. This is a worrying scenario for anyone who advocates a really free and open Web. This presentation deals with the urgency on recentralizing the Web to refrain the growing of an increasingly closed Web. In this closed Web, applications do not interoperate with each other and, by contrast, they are designed to lock the users on its digital contexts. New network architectures and technologies have emerged in which decentralization and distribution are key concepts. We will present some of these networks and technologies.

Newton Calegari is an analyst with experience in back-end development and operation. He worked in development teams in NIC.br and, currently, works in CEWEB.br and W3C Brazil, where is a researcher on topics such as Semantic Web and Linked Data. He is part of the W3C DWBP Working Group who edited the document on best practices for data publishing in the Web. He holds a degree in Computer Science and a master degree in Intelligence Technologies and Digital Design at PUC-SP. Vagner Diniz is the general manager of CEWEB.br (Center for Studies on Web Technologies) and head of W3C Brazil (World Wide Web Consortium). He is an experienced ICT professional and had worked in the e-government field in Brazil for long time before his assignment to W3C in Brazil. Currently, he is working with web standards and its importance for the future of web. Extra time of dedication is devoted to the web of things and how technologies can change how we live. Vagner Diniz holds a degree in Electronic Engineering and a Master Degree in Public Policy and Management at the Fundação Getúlio Vargas, São Paulo, and Geneva University, Switzerland. As researcher his focus is the transversal management of public policies on social participation.